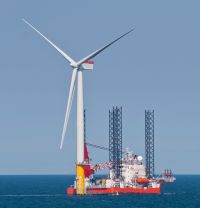 ➤ Qatar gets serious about solar

➤ Long-term agreements signed by the state of Qatar to provide its customers with oil and gas are sufficient to guarantee continued supply without any problems, QNA quoted Sheikh Abdullah bin Saud al-Thani as saying, adding that the blockade had no effect on this matter.

The agency also quoted Qatari finance minister Ali Sherif al-Emadi as saying that there was no need for the government to intervene in the market and purchase private debt.