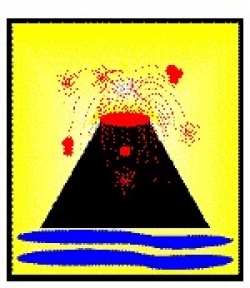 - 100 Years of Cosmic Ray Physics: from pioneering experiments to physics in space -

CRIS is a well established series of topical conferences held every two years in the Catania area.

Initially devoted to the study of relativistic heavy ion collisions, since the fifth edition (2004) the CRIS Conferences have focussed the problem of UHECRs in the region of the GZK cutoff region.

Recent experimental data published by the Pierre Auger Collaboration have stressed behind any doubt the complexity of the field.
A simple and important point seems to be established: the distribution of the cosmic rays with energy higher than the expected GZK cutoff is not isotropic.

This simple fact has triggered a lot of interest, discussion and effort along its physical implications, opening new perspectives for the Astroparticle Physics.

Thus, at CRIS 2010, following the experience of the previous editions we plan to present overviews of existing data of UHECRs and reports from the main experiments currently taking data. At the same time overviews of theoretical models, with different hypotheses on the origin, on predictions for expected neutrino fluxes and related questions of interest in Cosmology as well will be presented.

Furthermore, progress in the cosmic ray physics from detectors in space is expected to play a major role in the scientific program of CRIS 2010.

The program will include invited lectures and contributed talks.