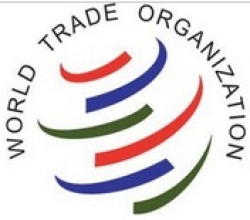 What is the World Trade Organization?

Simply put: the World Trade Organization (WTO) deals with the rules of trade between nations at a global or near-global level. But there is more to it than that.

GENEVA, Jan. 27 2010 - Yemen and the US discussed Wednesday means of facilitating and accelerating the bilateral negotiations to complete procedures of Yemen's accession into the World Trade Organization (WTO).

During their meeting in Switzerland's city, Geneva, Minister of Industry and Trade Yahya al-Mutawakil and U.S. deputy ambassador to the WTO reviewed the anticipated role of US to support Yemen's efforts for accessing it into the WTO and integrating its economy in the global one.

The two sides affirmed the importance of holding a meeting of United States-Yemen Council on Trade and Investment (TIFA) in the coming two months to promote trade and investment exchange relations between the two countries.

The minister valued the US support for Yemen in various developmental aspects, expressing his willing to develop the economic and developmental cooperation between Yemen and the US.

On the other hand, al-Mutawakil discussed with the Japanese ambassador to the United Nations and international organizations in Geneva the bilateral negotiations of accessing Yemen into the WTO.

The Japanese official expressed his country's readiness to complete these negotiations as soon as possible, affirming Japan's support for joining Yemen to the WTO.

The Minister also praised the flexibility that Japan showed in its bilateral negotiations in the field of flowing Yemen's good and services to the markets.
- - - - - -