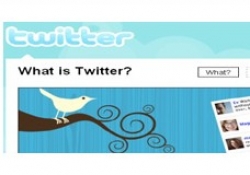 This rather cheap play on that ugly bromide guns dont kill people is indirectly prompted by the constant uproar in popular media over the horrors of Twitter.

The latest tempest was started when George Packer in the New Yorker wailed,  Twitter is crack for media addicts. It scares me, not because Im morally superior to it, but because I dont think I could handle it.

That immediately elicited a comeback from New York Times new media guru Nick Bilton. Bilton opined, Most importantly, Twitter is transforming the nature of news, the industry from which Mr. Packer reaps his paycheck. The news media are going through their most robust transformation since the dawn of the printing press, in large part due to the Internet and services like Twitter. After this metamorphosis takes place, everyone will benefit from the information moving swiftly around the globe.

Packer then came back again with the neener, neener,neener winner of the day in my book when he scored with this comment: The response to my post tells me that techno-worship is a triumphalist and intolerant cult that doesnt like to be asked questions. If a Luddite is someone who fears and hates all technological change, a Biltonite is someone who celebrates all technological change: because we can, we must.

I agree with Packers concern that too much defense of technology is knee-jerk, and I tried to say as much when I wrote about left-wing technologists. My critics hated the left-wing reference and picked at it, but there is too much knee-jerk celebration of all things new just as there is too much hysteria about the horrors of our new media age.

I had intended this entry to serve as a moderate referee in the battle between Twitter salvation and Twitter sucks, but John McQuaid beat me to that with this very wise, considered post.

Like McQuaid, I like Twitter. I think the trivializing complaints are overdone and uninformed. Conversations on Twitter can be interesting, they can be important and they are excellent community-builders. And, yes journalism is committed on Twitter all the time. At the time I write this I am on pins and needles because the East Valley Tribune just tweeted this: Breaking: Maricopa County Sheriff Joe Arpaio hosting 3 p.m. news conference to announce a dramatic change to his illegal immigration fight. For Arizonans the news value of that warning cannot be disputed, but at 4:35 (MST) the instantaneous news world has not met my needs.

How many times did we old-timers sit in a newsroom and pine to communicate with our readers immediately? Oh, about every day! Now journalists can establish a news bond with readers that if used correctly, can become irrevocable and intimate.

But alas, theres a rub. Twitter offers just as equal a chance for journalists to destroy credibility and ruin any potential connections with readers for an entire organization. Increasingly, we see reporters using Twitter to broadcast single-sourced stories. Worse, other tweeters then follow these single-sourced tweets. David Brauer at MinnPost.com is doing a great job covering this disturbing phenomenon. That case of a local high school football star, Seantrel Henderson, was not an isolated case. This Twin City Twitter problem began days before with a tweet about Joe Mauer signing a new contract and that one went national enough for ESPNs Buster Olney to shoot it down.

Now, the fascinating thing about the Seantrel Henderson error is the brilliant transparency shown by Star Tribune sports reporter Michael Rand. His mea culpa/explanation should serve as a model for the way to handle a journalistic error. Rands transparency is worth celebrating, but his insights into the process in a twitter-enabled age are even more provocative. I love this quote about the perception of audience demand for information: The appetite for updates on the story was insatiable, and any morsel we could throw out to advance or at least contextualize the ongoing saga was worthwhile in my mind.

And then theres this thoughtful comment from Rand which should serve as a cautionary note posted on every journalists computer in the land. All that said, in a perfect world, the prep staff  and, in particular, yours truly  would have tucked that information in our pockets and either waited for better confirmation or simply let the day play out. Yes, it was a frenzied day where information, speculation and other such things were flying fast and furious. But if we are to be standard-setters instead of standard-followers, we cant just get caught up in it all. There was far less to gain by being 45 minutes early than there was to lose by being 100 percent wrong, even if we were trying to hedge our bets. And in this case, we could be sure that a final answer was coming at a finite time. Sometimes judgment isnt just about right or wrong, its about whats at stake in either case.

Rands eloquence is praise-worthy. His lesson was a hard one. I hope others learn it fast before this delightful tool enables us all to shoot ourselves in important appendages.

The key here is not to demonize Twitter. Twitter is a wonderful tool which, like any tool, can be used or abused. This debate about accuracy is not a simplistic one. Certainly in situations like Iran the truth will take a while to emerge.

What is crucial is that all the things journalists know about truth, accuracy, checking out stories, sources, facts and context remain sacred. Just because there is now a tool that allows us to regurgitate everything we hear when we hear it does not mean thats good journalism.

Perhaps the highlight of Rands courageous column came at the conclusion when he asked the reader to weigh in on what information theyd like and when theyd like it in a Twitter age. That sort of conversation is exactly the sort we need as we assimilate this cool new tool and all the hot new tools which will improve on Twitter in the near future.

The Packer/Bilton dialogue, for my money tries to make the good and evil contrasts far too simplistically. These tools will change journalism. End of that story. Lets abandon the shouting, the name-calling and the insults and figure out how to use these tools responsibly and with journalistic standards audiences can appreciate.