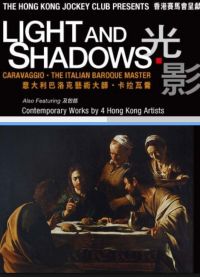 Caravaggio's Supper at Emmaus, valued at $83 million has been loaned to a small gallery in Hong Kong for its Asia debut.

For the first time in Asia and for a strictly limited season, the Consulate General of Italy in Hong Kong and the Asia Society Hong Kong Centre, with the generous support from The Hong Kong Jockey Club Charities Trust, are proud to present Light and Shadows  Caravaggio  The Italian Baroque Master.

This is an once-in-a-lifetime opportunity to see one of the most famous paintings in the world, by one of the greatest artists of our time and a pioneer of modern painting.

A haunting Baroque masterpiece, Supper at Emmaus (1605-06) was painted during a dark period in the artist's life when he was exiled after committing an act of manslaughter. It depicts Jesus Christ revealing himself to his disciples following his resurrection, in the town of Emmaus.

It is a portrait of a flawed humanity, vulnerable to sin and expresses the artist's desire for salvation offered by faith in Christ.

The exhibition is curated by Prof. Frank Vigneron of the Depart. of Fine Arts, the Chinese University of Hong Kong.

Orga. around the themes of shadows - theatricality - mystery and realism, this exhibition illustrates different characteristics of Caravaggio's style, which were so influential that they shaped the painting practices of many later European artists.

///// Shadows emphasize aesthetic choices rooted in the European liturgical tradition of its time; Tsang Kin-wah's projection of moving texts both relates to darkness as a setting and illustrates its ideological content.

///// Theatricality not only relates to the use of strong contrasts between light and darkness but also to the choice of powerful and simple gestures to accentuate the action of the painting; the photographic montages of Chow Chun-fai are a very personal take on this dramatic style.

///// Mystery represents the sense of spirituality emanating from Caravaggio's paintings; Wucius Wong's paintings exemplify a philosophical choice rooted in a concept borrowed from Taoist philosophy that can be compared to the darkness of Christian cosmology.

///// Realism is a characteristic of Caravaggio's painting that has had a profound influence on the whole of European art; the photographic portraits of So Hing-keung are reminiscent of Caravaggio's interest in using the disenfranchised as models for his historical and religious figures.

BE THE FIRST TO KNOW ABOUT Art
The Portal . . . WWW.SicilyDistrict.eu . . . Chi
DOVE in Tour . . who WHERE inside our N.1 TOP global Art expo
NEW news Date & Location