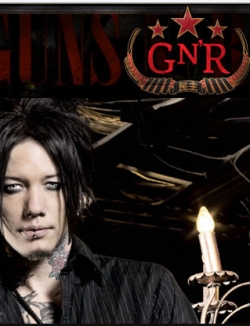 As a man who, by his own admission, once broke into a lunatic asylum (because I didnt know how to go around the building), there can be no doubting W Axl Roses rock credentials.

Ever since his first appearance with the self-titled most dangerous band in the world a quarter of a century ago, the man has courted the kind of controversy that makes Elvis Presley and his flexi-pelvis look like a quiet Sunday at grannys house.

Getting you up to speed: Axl was born William Bruce Rose in Lafayette, Indiana, in 1962. His father ran off two years later and his mother remarried a man who (Rose claims) physically abused his new family so regularly that the young musician grew to believe that such behaviour was normal.

His own marriage was similarly explosive

Ex-wife Erin Everly (daughter of Don Everly, of the clean-cut 50s duo The Everly Brothers) has stated that, by way of marriage proposal, Rose turned up on her doorstep at 4am and insisted they head to the church, revealing he had a gun in the car and that hed kill himself if she said no . . .


BE THE FIRST TO KNOW ABOUT CONCERTS
concerts !
The Portal . . . WWW.SicilyDistrict.EU . . . Chi
dove in Tour . . who where inside our N.1 TOP MUSIC
NEW News Date & Location