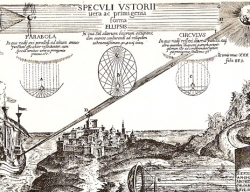 THE WORLD CONFERENCE ON ARCHIMEDES will take place in the Castello Maniace, a citadel and castle in the island of Ortygia, Syracuse.

 The Castello Maniace, a citadel and castle in the island of Ortygia, Syracuse, stands on a large promontory, was named after George Maniakes, the Byzantine general, who besieged and took the city from the Arabic rule in 1038 and built the castle. It was rebuilt in 1232-1240 by the architect Riccardo da Lentini upon order of Frederick II, King of Sicily. Furthermore, it was the residence of King Peter III of Aragon in 1288, as well as of numerous queens of Sicily in the period 1305-1536.

 In the sequence the castle was used as a prison (15th century), constituted part of the fortifications defending the harbour and the city (16th century) and, much later was used as barracks of the Italian Army.

A huge explosion damaged it in 1704, after which it was renovated and adapted to the use of guns.

 The castle is now open to the public, while, quite recently, it was fully renovated with all proper installations and equipped with complete conference facilities.
information@archimedes2010.org