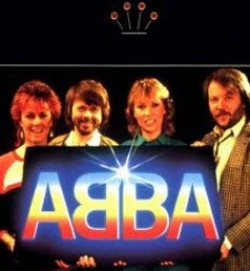 ABBAWORLD is an extraordinary multimedia exhibition that will enable visitors to experience the music and magic of ABBA in a completely new and distinctive way. Infused with state-of-the-art technology, the highly interactive experience will take visitors on a mind-blowing journey through ABBAWORLDS 25 environments, bursting with exclusive footage, stage costumes, images and never-before-displayed memorabilia in Australia from the personal collections of the worlds most cherished pop icons; Agnetha, Benny, Björn and Frida

An engaging introductory movie produced by critically acclaimed film director, Jonas Akerlund, will start the experience and an audio guide will move visitors through the magical space at their own pace .

From Waterloo to Mamma Mia!, the ABBA phenomenon will be brought to life at ABBAWORLD with interactive highlights including 'Perform with ABBA' - which allows fans to perform on stage with their idols, as part of a stunning 3D holographic illusion. 'Tretow MIX Challenge'- a chance to mix things up and re-create the ABBA sound, as well as the 'ABBA Quiz' - which tests fans knowledge of all things ABBA. There is also the opportunity to Sing-A-Long and dance with ABBA, plus a chance for fans to see themselves as part of an ABBA video!

Better still, all of these interactive experiences will be recorded on visitors' "smart tickets" and available to be viewed and downloaded later from www.abbaworld.com, allowing their experiences to live on and on and on, just like ABBA's music!

On entry to ABBAWORLD, guests will also have their photograph taken - this will become an animated image that will follow them through their interactive experiences. It is a stunning new multimedia experience for new and old ABBA
fans - great family entertainment.